Riot is offering US$100,000 if you can exploit Valorant’s anti-cheat system

Players will have to run Riot’s anti-cheat system if they want to play Valorant. 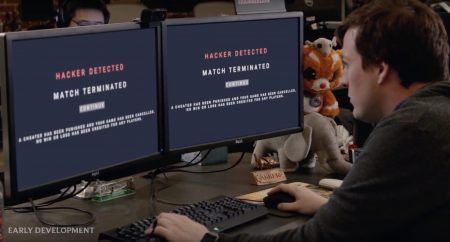 Vanguard, the advanced anti-cheat system Riot has been developing for Valorant, has recently received a lot of attention over its effectiveness, as well as concerns over player privacy.

In the blog post, the security team expressed its commitment to competitive integrity by battling against cheats and detailed the Vanguard architecture.

The post elaborates that Vanguard’s architecture consists of three components: the client, driver, and platform. Vanguard’s client does not consider any machine trusted unless it recognizes the driver. And untrusted machines cannot play Valorant.

The team also noted that they’ve listened to all the issues players have had with the driver component in kernel-mode (system-mode) and the privacy concerns associated with it immediately activating as soon as a player boots up their PC.

The team explained, “If anti-cheat software is only run in user-mode, its capabilities would be compromised by a cheat running at a higher privilege level.” They added, “Vanguard does not collect or process any personal information beyond what the current League of Legends anti-cheat solution does.”

Riot also launched the ‘Vanguard Bounty Opportunity’ program for anyone who finds exploits for its anti-cheat system. In an effort to ensure players’ security, they are offering rewards of up to US$100,000 for high-quality reports that demonstrate exploits on the Vanguard kernel driver.

The bounty program includes different categories and subcategories that the security team has detailed in a HackerOne post. The rewards are also granted entirely at the discretion of Riot.