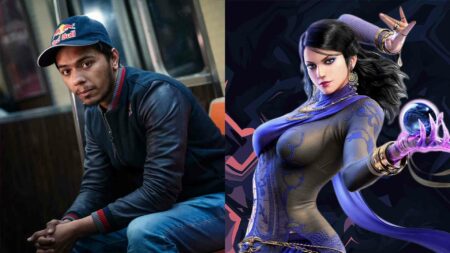 Arslan Ash rose to stardom in 2019 as the first player to win both EVO titles, EVO Japan and EVO, in one season. Despite ending the year with a short-lived run at the Tekken World Tour Finals, he continued to practice throughout the COVID-19 pandemic, grinding with the Pakistani scene and occasionally flying out to compete in other regions.

With the return of offline fighting game events like Combo Breaker, Arslan now has the chance to prove himself once again.

Arslan went for a poke-heavy playstyle on Zafina, chipping down Gen’s Fahkumram with quick jabs and low kicks. Gen eventually caught on to his attack patterns, and managed to parry a low poke for a strong juggle combo.

Taking enough damage to get Rage, Arslan was looking for the killer finish. After landing Inanna’s Fury (b1+2), the Pakistani pro sidestepped Gen’s high kick and immediately initiated his Rage Drive to claim the first round of game two. 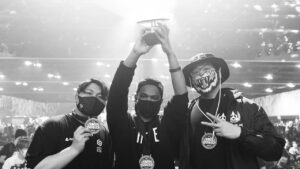 Finding no success on Fahkumram, Gen went back to his roots with Shaheen in the final game. Since Shaheen dishes out damage with Stealth Step, Arslan stayed in the face of Gen to limit the setup of the special move.

In the last round, Gen was desperately mashing out the Stealth Step mix-up, but Arslan Ash slipped in a simple hit-confirm Bloody Saif (df1,2,1), ending the best-of-five series with a sweep.

The Combo Breaker Tekken victory is the perfect start to Arslan’s 2022 season. Aside from taking home the lion’s share of the tournament prize pool, the Tekken champion also won a free flight and hotel accommodation for EVO 2022.

Is Arslan ready to defend his EVO title three years later? We certainly hope so.