All of the most electrifying highlights from Electric Cancel 2019

Some of America’s best Tekken players were on display at this legendary SoCal tournament. 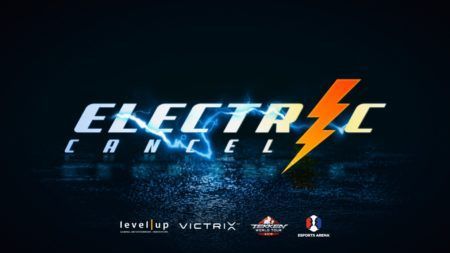 While it was Kim “JDCR” Hyunjinthat emerged victorious at Electric Cancel 2019, the Tekken Challenger event was stacked with talent, showcasing some of America’s best Tekken players.

Here are our favorite players from the legendary California FGC event.

Park “Rest” Chang-seop finished an amazing round against Hansel “Acumajor” Yang. With barely a touch on him, Rest punished Acumajor’s while-standing uppercut with a Hwoarang kick-heavy wall combo, giving Rest a well-deserved perfect round.

Jimmy “JimmyJTran” Tran had a close matchup with Averiey “RunItBlack” Cobb-Entin. Although RunItBlack was on the verge of eliminating Jimmy with an amazing string of attacks, Jimmy miraculously caught him with a lightning-quick poke combo.

In the second Bryan mirror match between the two, JimmyJTran showed why he’s considered the best Bryan in the world.

With just one magic-4 kick and a wall combo, Jimmy took away about half of Acumajor’s life. Acumajor tried to make something happen with a hopeful Orbital kick, but Jimmy ended up converting it into a mid-air combo, sealing the perfect round.

After a successful wall splat and a Rage Art by Speedkicks, JeonDDing had a pixel of life left. Although he could’ve easily sneaked a low kick to finish, Speedkicks waited for JeonDDing to exhaust all his options and finished him off with a guaranteed punish.

Although Speedkicks got the best of him in game one, JeonDDing got his revenge in a later round.

Using the King of Capoeira, the UYU player laid down some deadly dance moves on Speedkicks. With an elaborate wall combo and wall splat finish, JeonDDing easily eliminated Speedkicks with a perfect round.

JDCR showed off his Heihachi in the winners finals against Rest. In this clip, he punishes Rest’s whiffed uppercut with an Electric Wind God Fist (EWGF), sending him all the way to the wall.

Once Rest recovered and got back onto his feet, JDCR caught him in a wall-bounce setup, finishing him off with one last low kick.

Although Jimmy eventually won this matchup, JeonDDing had an incredible round with Lucky Chloe.

With just one wake-up counter-hit, the UYU strongman got a quick wall combo on the American player. With a significant health advantage, JeonDDing went in with two consecutive while-running kicks and finished Jimmy off with a simple mid-kick.

Rest had JimmyJTran guessing in this sneaky highlight play. After an equal display of pokes, Rest finally got Jimmy with a pushing kick to a wall splat.

With Jimmy now recovering in Rage, Rest immediately went into a back-turn stance. Jimmy stayed in the neutral block stance in order to avoid getting launched, but Rest instantaneously executed his command throw to send Jimmy flying for the KO.

READ MORE: All the highlights from the ONE Tekken Tokyo Invitational