Akuma gets a significant nerf in the newest Tekken 7 patch

The SFV fighter has been a menace in the Tekken World Tour. 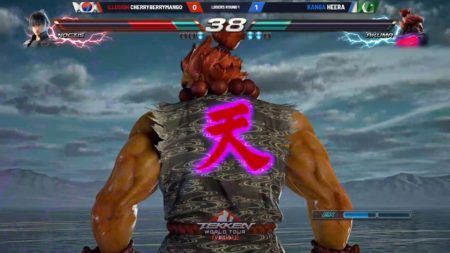 With the community-wide uproar against Akuma’s broken EX gauge, the latest patch for the game did its best to nerf the overpowered character.

Akuma’s OP-ness was brought to light by the Pakistani fighting games community, with pros such as Awais “Awais Honey” Parvez, who have used the impeccable yet unknown power of the character’s extended meter-burn combo to the limit.

It’s gotten to the point where even seasoned professionals like Bae “Knee” Jaemin have added Akuma into their fighter rotations due to his overpowered moves.

Fortunately, the newest patch nerfs Akuma’s meter-gain by 25%, and increases the damage it takes to fill up the Super Combo gauge. Although the nerf doesn’t touch Akuma’s double meter-burn 50/50 combo that guarantees over 100 damage, it makes Akuma players save their meter-burns rather than spam the technique for an easy win.

Other than the well-needed Akuma nerf, other characters have received slight balance patches. Tekken’s newest fighter, Zafina, was blessed with some solid buffs such as shorter recovery time for her While-Rising 4 while Shaheen had his Stealth-Step 4 decreased from 17 to 14 damage.