Hopefully, this means we get to see more of him in future Street Fighter events. 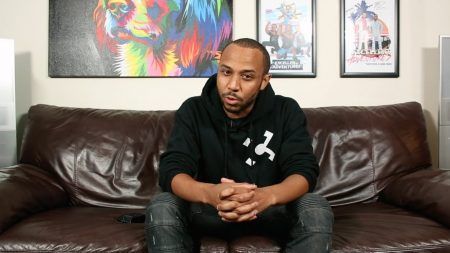 After being gone for two years from the fighting game community spotlight, Mike Ross is back!

Mike was seen playing against a local player who goes by the name of AJN while using the character he’s best known for, E. Honda. Mike has also switched to using a hitbox arcade controller instead of a traditional arcade stick.

It looks like Mike has been frequently practicing with E. Honda ever since the character was released last year. His playstyle has not changed, still putting pressure on opponents with the threat of Headbutts and doing maximum damage with Hundred Hand Slaps.

Mike won the match by winning four straight rounds in a row and finished his opponent with an impressive Critical Art quick reaction play.

Before Mike Ross left the FGC scene, he was one of the most prominent figures connected to Street Fighter. He broke into the scene by finishing fourth place in EVO 2010 with E. Honda.

Mike then partnered with Ryan “Gootecks” Gutierrez and co-created the Excellent Adventures. The show went on to become the most popular Street Fighter content because of Mike’s hilarious personality.

Mike then moved on to host his own show on Twitch called Capcom Pro Talk. But after the show was dropped, Mike decided to take a break from the scene altogether and focus on other personal interests.