Rich Brian will perform at the PMPL SEA Finals 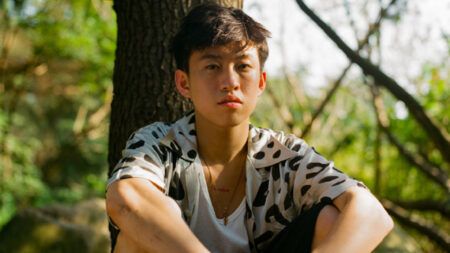 Indonesian rapper Rich Brian is making an appearance at the Finals ceremony of the PUBG Mobile SEA Pro League (PMPL) 2020.

Tencent previously gave fans a hint about a special guest for the tournament, and yesterday it was finally confirmed that the performer would be singer/rapper Rich Brian. He appeared in a 17-second reveal video where he’s stripping down from the game’s iconic white polo, necktie, and PUBG Spetsnaz Helmet. The end of the video fully presented Rich Brian, and the last frame even showed him dodging a bullet using a frying pan.

The PMPL SEA Finals will take place from October 23 to October 25 and will be broadcasted live on PUBG Mobile and PUBG Mobile Esports’ Facebook pages.

The tournament will feature 16 teams from Thailand, Indonesia, Malaysia, Singapore and Vietnam. These teams have made it to the final round after passing the regional PMPL and PMCO SEA Wildcard Fall Split 2020.

Participants will play 15 matches in PUBG Mobile’s four maps — Erangel, Miramar, Sanhok, and Vikendi. Each point earned will be accumulated into the standings. The top four teams from the SEA Finals will automatically qualify for the PUBG Mobile Global Championship (PMGC), which will be held by the end of November.

PMGC is the merged event consisting of PUBG Mobile World League (PMWL) and World Championship (PMWC) due to the COVID-19 pandemic. Top teams from around the world will compete in the tournament for the world title and a prize pool of US$2 million.