The new Evoground mode will be out next week. 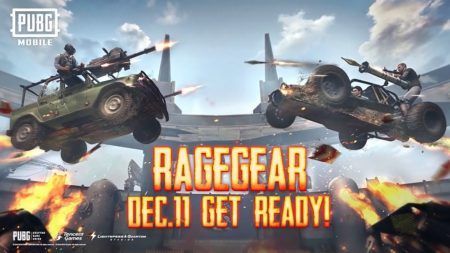 A new mode called “Rage Gear”, which is essentially a death race will be coming to the game on December 11.

The new mode will be available in Evogrounds and will let two-man teams pick a vehicle and a support weapon in a race to the death.

There are three vehicles to choose from — UAZ, Buggy, and Dacia 1,300 — each with their own collision, speed, and durability stats.

Each vehicle will be manned by a gunner who can choose from an RPG-7, MGL Grenade Launcher, or M249 to take out opposing vehicles.

The team that finishes first, or is the last team left alive will be the winner.

Tencent also announced a new colorblind mode, which will re-color parts of the UI to make the game more accessible for colorblind players.

READ MORE: PUBG Mobile is setting up a US city-based league