Longtime co-caster, DoA, will be staying on for OWL season 3. 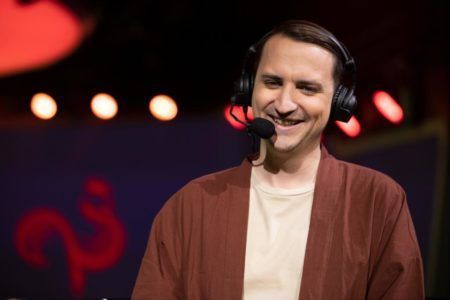 Veteran caster, Christopher “MonteCristo” Mykles, has announced his departure from the Overwatch League.

Monte’s contract expired at the end of last year, and he chose not to renew it, in order to “pursue further career growth.”

Monte further elaborated that the departure of Overwatch League commissioner, Nate Nanzer, who now oversees esports at Epic Games, led to “irreconcilable creative and philosophical differences” between himself and the current leadership team.

Monte’s longtime co-caster, Erik “DoA” Lonnquist, who has been casting with him since their time together in League of Legends, and who followed him into Overwatch, will be staying on for Season 3 of Overwatch League.

Aside from MonteCristo, OWL desk host Chris “Puckett” Puckett has also announced that he will not be returning for Season 3 of Overwatch League, and is looking for new opportunities.

Overwatch League Season 3 will feature a new format with league matches being played all over the world.

The season starts on February 8 with Paris, London, Toronto, and Boston heading to New York for the New York Excelsior’s homestand, while Vancouver, both LA teams, and San Francisco head to Dallas for the Dallas Fuel’s homestand.