He will be playing for Sentinel’s Valorant team. 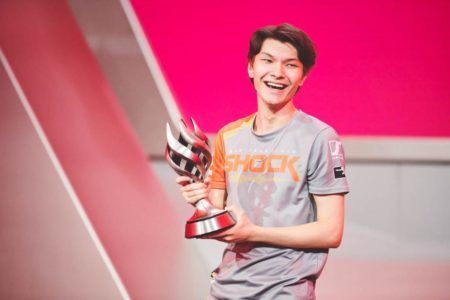 Sinatraa is one of Overwatch’s most popular players, and has been the face of the League for at least the past year after he led the San Francisco Shock to the first-ever perfect stage, and then followed it up by winning the 2019 League title.

He capped off a tremendous 2019 by leading Team USA to the Overwatch World Cup trophy, handing South Korea their first-ever loss along the way, and being named World Cup MVP.

Sinatraa published a post on TwitLonger explaining why he was leaving Overwatch.

“Straight up just lost passion for the game. I don’t know what the real killer was for me, but maybe it was 2-2-2 lock, maybe it was bans, I’m not sure,” said Sinatraa. “I did not make this decision in one day it took a full month of non-stop thinking every day and sleepless nights from being so stressed.”

Sinatraa will be switching to Riot’s upcoming tactical shooter, Valorant, and has already signed a contract with Sentinels esports.

The Sentinels team also includes ex-CS:GO pros, Shahzeb “ShahZaM” Khan and Hunter “SicK” Mims, and ex-Apex Legends pro, Jared “Zombs” Gitlin. The fifth member of the team has not been announced yet.

Sinatraa is the biggest name in Overwatch to announce he is switching to Valorant, but he is not the first. In recent weeks, former Overwatch League pros, George “ShaDowBurn” Gushcha and Timo “Taimou” Kettunen, and popular Overwatch streamers, Gale Adelade and John “Wanted” Lin, have all announced their intention to switch from Overwatch to Valorant.