SK_1st is one of the best MLBB players in the world, but who is he? 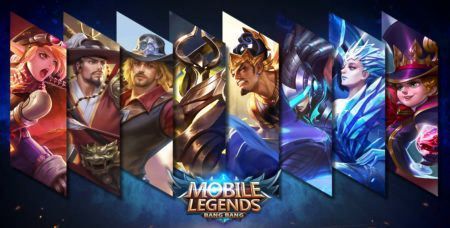 One name has dominated the Indonesian and Global MLBB ranked leaderboards for the past few seasons: SK_1st.

In fact, many gamers and pros consider SK_1st one of the best MLBB players in the world.

But who is this elusive player? And why hasn’t anyone signed him to a pro contract?

Surprisingly, he’s not a young up and coming potential pro or even a full-time streamer, but rather a middle-aged Indonesian man who’s been playing MOBAs for the past 18 years.

SK is an abbreviation of his own name, Sie Khang, and he first started playing MOBAs with the original Dota back in 2002.

“I was really crazy about Dota around 2002,” Khang told ONE Esports. “I had a passion for playing in a team in Dota. It fulfilled everything I wanted at the time, as a hobby, and also as a way to make friends. And fortunately, it was also free to play.”

“I tried other team games like Counter-Strike but I really didn’t understand it and didn’t enjoy it all,” he continued.

In 2009 Khang stepped away from gaming when he got married.

“When Dota 2 came out, I was actually one of the first people to get a Steam key when it was still in beta. But I didn’t really enjoy it as much, and I felt like the chemistry wasn’t there, even though I have to admit Dota 2 is a much better game than the original,” said Khang. “Ultimately I decided to stay away from the game when I got married in 2009.”

Khang finally returned to gaming when he picked up MLBB in 2017.

“I started playing Mobile Legends in 2017. At first, I avoided it because I was worried I would become addicted to it,” said Sie Khang.

However, Khang now successfully balances his personal life with his secret life as one of the best MLBB players in the world.

Despite his incredible skill, Khang has no plans of ever going pro, although he is trying his hand at content creation, and has recently started streaming his games.

You can watch SK_1st at his official YouTube channel here.