The beginner’s guide to MLBB’s newest marksman, Popol and Kupa 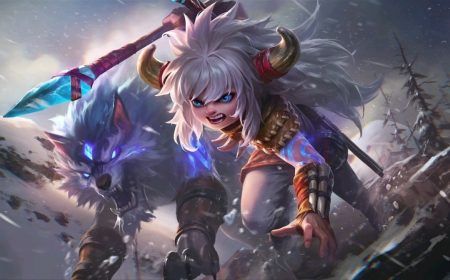 Mobile Legends: Bang Bang’s first two-in-one hero, Popol is a marksman from Iceland who relies on his four-legged best friend, Kupa, to be effective.

If you ever wanted to know what’s it like to take care of a pet, try your hand at Popol and Kupa to discover the true meaning of companionship.

Popol always fights side by side with his best partner, Kupa. Popol takes good care of Kupa. If Kupa has not taken any damage in 5 seconds, 10% of its max HP will be restored every second.

When Kupa is down, Popol can pray for 3 seconds to summon it back to the battlefield with a cooldown of 45 seconds.

After 4 consecutive attacks by Kupa on an enemy, the next basic attack of Popol will deal (+200% Total Physical ATK) extra Physical Damage; Kupa receives 100% of Popol’s Max HP and 100% of other attributes, as well as his equipment effects (except those of the active, jungling and roaming gears).

Alpha Wolf Form: Kupa darts back to protect its master and knocks nearby enemies Airborne for 0.6 seconds, dealing 150% increased damage.

Popol sets a trap at the target location, which will detonate after a short delay when an enemy is near, immobilizing them for 1 second and creating a frost zone for 4 seconds, reducing their movement speed by 35%. Popol can store up to 3 traps at a time and gains 1 charge per 18 / 16 / 14 / 12 seconds. Up to 3 traps can be set, each lasting 60 seconds.

Since Popol and Kupa do not have repositioning abilities, Flicker is a good battle spell to run, especially when you’re just starting out.

Lastly, remember to treat Kupa well. Acting like your personal support, he can tank buffs, including Lord, so that you can down them easily while taking minimal damage. What a good boy!