The midlaner has traded in his team jersey for a sporty blazer. 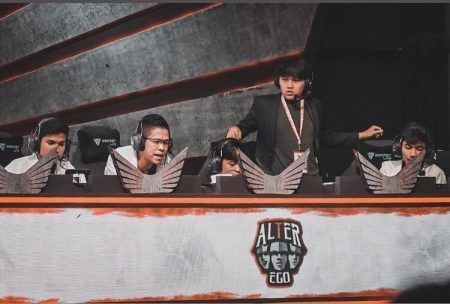 In their last Mobile Legends: Bang Bang (MPL) season, Indonesian team Alter Ego (AE) lacked a crucial element to push their campaign further than the third-place finish they ended up with — a coach to guide their plays and objectives.

Chester was AE’s main midlaner before Eldhin “Celiboy” Putra arrived. With Celiboy earning his way into the starting five with his consistent play, Chester spent most of last season on the bench.

ONE Esports spoke with Chester to ask him about his first impressions about the new experience.

“It feels just normal,” said Chester. “Since I was a player, I loved giving solutions to the draft and analysis of enemy games so it’s the same actually.”

Chester also shed light on how he was picked to lead his former team.

“I was ultimately chosen by the current members and AE’s owner,” he explained.

“I myself do not feel burdened. Because before I officially became a coach, I asked the five of them first, ‘Do you all believe me? If you believe, I want to be your coach.'”