Claw your way to victory with Cecilion: Tips and tricks for MLBB’s newest hero

Love is in the air this February, and it can very well consume you. 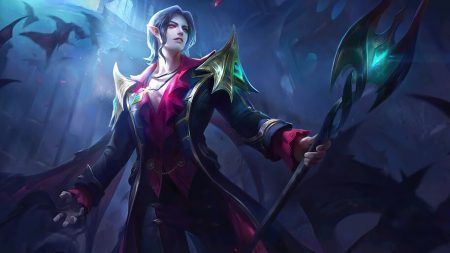 MLBB’s newest hero, Cecilion, is Carmilla’s lover. In their version of a modern romance story, Cecilion revived her from the dead and turned her into a Blood Demon so that she may live.

When played together, they gain a unique ability each called “Moonlit Waltz” that enhances their gameplay.

Nonetheless, Cecilion is capable of holding his own and is a strong hero that can be played solo. If you’re still new to this hero, here’s an overview to get you started.

Passive – Overflowing
Cecilion increases his max mana pool by 10 each time he hits an enemy target with a skill. Cecilion’s skill damage scales with his max mana.

After casting, Cecilion increases his Movement Speed by 30% for 1s. In 6s, every time Cecilion casts this skill, the mana cost will be increased by 1.8x time(s) (capped at 4 times).

Sanguine Claws
Cecilion summons a pair of claws in a designated position that will run to each other, slowing down the enemies on the path.

Special Move – Moonlit Waltz
When Carmilla is nearby, Cecilion can call her to become a Vermil Shadow to possess him, providing 440-1000 points of shield (scales with Carmilla’s level).

Carmilla can then select a target place to land with the same shield, dealing 440-1000 Magic Damage (scales with her level) to enemies within the area and slowing them down by 60% for 1s.

The key thing to remember when playing against Cecilion is that Bat Impact and Sanguine Claws are cast at a fixed radius from him. He cannot change the orientation of the spells either so Sanguine Claws will always appear vertically.

He also naturally scales throughout the game so hit him early. While doing so, try to reposition outside of Bat Impact’s secondary blast to avoid double damage.

These limitations benefit assassins, who are his greatest threat. Within melee range, Bat Impact’s damage is reduced, and it is impossible to get hit by Sanguine Claws.

That leaves Bats Feast which Cecilion will use to try to escape. During this time, you can choose to disengage and reengage once his ultimate ends, or burst him before he sucks the life out of you.