The 3 best heroes to counter Martis in Mobile Legends 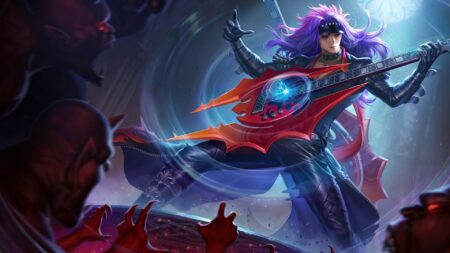 In Mobile Legends: Bang Bang, fighter heroes are the frontliners in most team compositions. Usually played in the EXP lane, these heroes are responsible for tanking damage and dealing crowd control in team fights.

That said, they typically do not get many kills by the end of the game. Despite being classified as a fighter, Martis is entirely different from the others.

His damage output is almost equal to that of assassin heroes, especially when he casts his ultimate, Decimation, which deals true damage to enemies with less than 50% health. It also resets after each killing blow.

To top it all off, his second skill, Mortal Coil, makes him immune to all crowd control effects. There’s a legitimate reason to be scared if you’re up against an experienced Martis player in ranked.

Here are three heroes you can use to give yourself a fighting chance against the Ashura King.

3 heroes that can stop Martis in Mobile Legends: Bang Bang

If there’s one hero capable of outlasting Martis in a 1v1, it would be Freya. She excels in prolonged fights, especially if her ultimate, Valkyrie Descent, is up. What’s good about her is that she also has decent survivability when built with defensive items.

When up against the Ashura King, buy Blade of Despair first for the damage boost, followed by Oracle for the cooldown reduction and shield boost.

You can also go for Execute as your battle spell if you want to get ahead in the laning phase. If you think the game could go beyond 15 minutes, choose Vengeance instead.

The bane of every mobile hero, Phoveus maintains his popularity in ranked play because of his ultimate, Demonic Force, which lets him teleport and deal damage to nearby enemies who use dash and blink skills.

All of the cooldowns on his skills also decrease by one second when a directional skill is activated near him.

This is a problem for Martis, his second skill, Mortal Coil, gives him three dashes. His Decimation ultimate also has a dash, which means Phoveus’ Demonic Force will have a low cooldown.

He is also hard to kill because of Malefic Terror, which deals damage to enemies and grants him a shield at the same time.

For battle spells, it’s better to choose Flame Shot over Execute when facing Martis, for it’ll push away enemy heroes in melee range, which activates Demonic Force in team fights.

Zhask is the only mage hero who stands a fighting chance against Martis in a 1v1. What makes him so strong is his ability to enter Nightmaric Spawn and avoid death once his health reaches a certain threshold.

This enhanced spawn is very difficult to kill, and the best option for Martis in this situation is to fall back and wait for the skill to end. Even if Martis kills the enhanced Nightmaric Spawn, he’ll have to face Zhask once again.

To improve your chances of dominating him in the laning phase, build Clock of Destiny and Lightning Truncheon first. If Martis goes for defensive items, prioritize Divine Glaive for the magic penetration.

Not familiar with the three heroes listed above? Balmond is another option you can add to the list if you play him in the jungle. Here’s the best item build for him right now.

Tank hero Edith is also a great hero against the Ashura King in the EXP lane — here’s an in-depth guide on how to play her.