Team Secret captain DNK only has one thing on his mind next season: Winning a championship

Fourth is not good enough for Secret’s young captain. 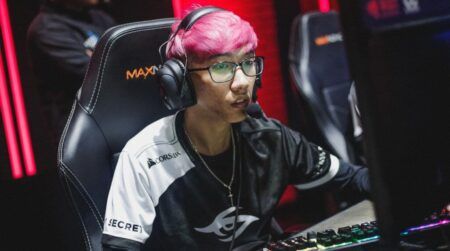 Team Secret’s League of Legends captain and jungler, Do “DNK” Ngoc Khai, is known to Vietnamese fans as “Hoàng tử trộm cắp” or in English, “The Prince of Thieves”.

DNK earned the nickname for his uncanny ability to steal Dragons and Barons from opposing teams, and has built a reputation for himself as one of the VCS’ most talented young junglers.

Despite being just 19, the Secret captain is also known for his diverse pool of champions, and his calm and composed demeanor, even under intense pressure.

Last season, Team Secret placed fourth in the VCS, which, while not a bad result, was clearly a disappointment for DNK.

“Actually, last season I don’t want to remember anything at all,” DNK told ONE Esports. “Honestly, I just want to erase all of the memories of last season. Especially in the playoffs against EVOS Esports. I did everything I could but the result was not satisfactory!”

In the Summer Playoffs, Secret lost a heartbreaking best-of-5 series to EVOS, going down in three straight games. However, the series was much closer than the score would suggest, and Secret made every game close.

In the offseason, DNK and his teammates have been training at the Secret team house. The seven-hour training schedule is grueling, but DNK says he still finds time to play solo queue to further hone his skills.

The team has also been watching Worlds 2020 together.

DNK, in particular, has been watching Lillia’s usage at Worlds, as he feels that the character has not been played to her full potential.

“Lillia is a very mobile champion and has the ability to clear forests quickly,” said DNK. “But it looks like the teams that use Lillia at Worlds 2020 are having problems and no one has really been able to use her perfectly. If it was me, maybe things would be different because I feel like I have completely mastered her.”

DNK’s confidence is plain to see, but he clearly has the skills to back it up. After a Summer season that saw him excel as Secret’s best player, finishing third amongst all VCS junglers in kill share, and second in First Bloods, Average Gold Difference, and XP at 10 minutes, he will be taking over as the team’s main shot-caller and in-game leader next season.

Beyond the VCS, DNK also has a burning desire to get back to Worlds and settle a debt he feels he owes to Lee “Crash” Dong-woo, who is now the Jungler for J Team, but previously played for Hong Kong Attitude.

Last year, at the Worlds 2019 play-in, Team Secret, when it was still under Lowkey Esports, were in the same group as Crash and HKA, and lost a close match to them that cost them the top spot in the group, which DNK says he will “never forget”.

The loss forced Lowkey Esports to play against the heavily-favored LCK team of DAMWON Gaming in the elimination round, which they lost 1-3, ending their Worlds run.

READ MORE: Machi Esports’ Gemini: ‘I will sacrifice myself to match my team’s playstyle’