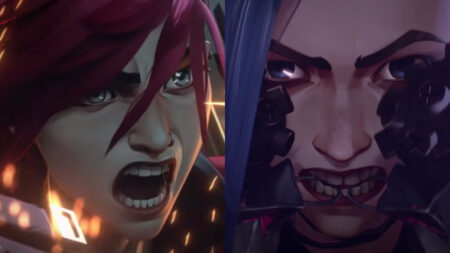 Riot Games surprised with a new video release for Arcane, the upcoming League of Legends anime, which was announced more than a year ago during the game’s 10th-year anniversary celebration.

The 18-second teaser showed the Piltover’s enforcer Vi, and Zaun’s resident prankster Jinx, go head-to-head against each other.

Arcane will explore Vi and Jinx’s backstories and lore — how they lived and survived inside the City of Iron and Glass, and how they will eventually gain their powers.

This League of Legends anime marks Riot Games’ first series for television since the MOBA game’s debut back in 2009. It will be a “visually spectacular thrill ride” for all viewers, according to Arcane’s director Dominique Bazay.

Arcane will premiere exclusively on streaming platform Netflix later this fall 2021, sometime between September to November.

In the meantime, fans can watch other animated titles on Netflix while waiting.