PraY reveals the reason behind his decision to join KT Rolster

The Korean bot-laner returns after a short one-month retirement. 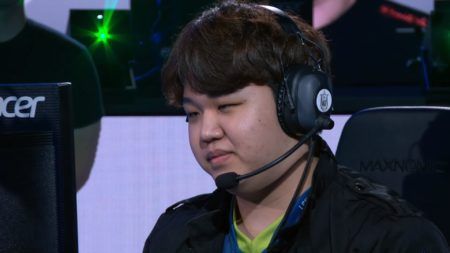 Kim “PraY” Jong-in has decided to come back to the professional League of Legends scene, this time as part of South Korean team KT Rolster.

“In the tough situation of having to overturn the retirement, “PraY” (Kim Jong-In) decided to show his enthusiasm once again. We’d like to ask for your support and encouragement for the successful return,” said KT Rolster.

The bot-laner will immediately join the upcoming League of Legends Champions Korea (LCK) which will take place from June 5-9.

Back April 20, PraY made headlines when he announced his retirement while streaming, having told his fans then that he had lost confidence in playing professionally.

KT Rolster had approached PraY several times, which finally convinced the retired LoL player to come back and play professionally, according to an interview with Inven Global.

“Every time KT came to me, I tried to postpone my decision. They did come to me often, but I think if they didn’t come to me that last time, I wouldn’t have returned,” said PraY.

The 25-year-old PraY has been a consistent bot-laner for five years now, with his early career spent on former professional team NaJin Black Sword.

In the bot lane, PraY is known for Ezreal, Corki, and Graves as his favorite picks. During his free time, PraY streams and produces content for his YouTube channel, PraY TV.