Add fuel to the flames. 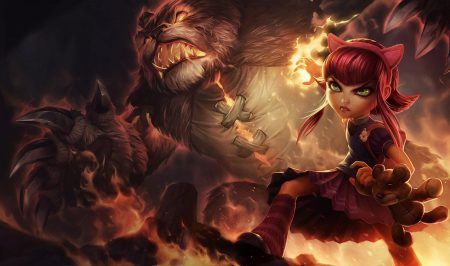 Besides the release of K/DA’s All Out skins and new mage champion Seraphine, patch 10.22 also buffs League of Legends‘ two resident fire mages Annie and Brand.

This is the last patch before the preseason, and these quality of life changes will be appreciated, as there are more buffs than nerfs in this update.

Here are the biggest winners and losers of patch 10.22:

From where we’re standing, support Annie looks a lot more viable now. The point of playing her bot lane is to pressure and burst the enemy AD carry (Hi, Vayne). She can still do that while granting her own AD carry more utility with a shield, increased movement speed, and damage reduction.

This new mechanic is beneficial for Annie overall, and gives her more options in team fights no matter which role she’s played in.

There have been slight buffs to Brand since last year. In the previous one in patch 10.12, Riot brought up Brand’s mana restore “in the hopes that it’ll punch up his mid lane status without pushing his power as a support over the line”.

Along this same line of reasoning, it looks like they still want to see Brand back in mid lane, and have packed major buffs to his passive, and two abilities. Basically, Brand’s combo, which is based off his passive, will hurt more. His flames will also spread more reliably within a longer range. Calling an ambulance might not be enough to save you or your allies anymore.

R – Fury of the Sands

The bonus resistances from his ultimate was buffed significantly because of a slight change in mechanics. It’ll make the desert prince more tanky up front the moment Fury of the Sands is cast, which is ideal.

Taking a significant nerf to Glitterlance, its base damage has decreased by 10 at level two, to a maximum of 40 at higher levels. This only spells bad news for solo lane Lulu in mid and top, as it will most certainly reduce her wave clear capabilities.

In addition to the above, LoL players will be happy to know that Samira received another nerf, but only a very slight decrease to her base attack damage and armor. She’s still a super strong AD carry especially in solo queue, so we’ll have to see how she fares after the preseason items kicks in.

Visit the official League of Legends site for the full patch 10.22 notes.