Two of our favorite teams in one photo. 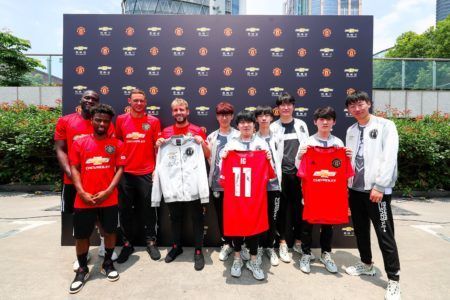 It was raining reds and whites during the meeting of two champions Invictus Gaming (IG) and Manchester United Football Club (MUFC) at the latter’s 2019 pre-season tour in China.

IG expressed positive feelings about their encounter with the esteemed European football team on their official Twitter account, stating that it was a great experience for them to be “inspired and encouraged by one of the most prestigious football team”.