G2 Esports get their revenge in LEC Spring rematch

Jankos has been unleashed. 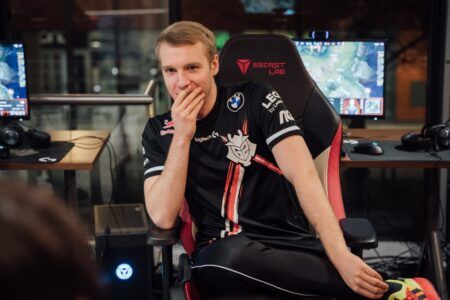 The new kings of Europe prevailed last weekend, as G2 Esports got their much-awaited revenge against Fnatic during the second round robin of the 2021 League of Legends European Championship (LEC) Spring Split.

The highlight of Week 6 was the best-of-one rematch between G2 and Fnatic. During the two’s first match weeks ago, the former showed lackluster performance due to connectivity issues as explained by G2 head coach Fabian “GrabbZ” Lohmann. This time, fans saw G2 perform at their absolute best with insane picks and outplays.

At the start of the game, top laner Martin “Wunder” Hansen’s very tanky Gragas survived a greedy tower dive from Zdravets “Hylissang” Galabov’s Alistar and Elias “Upset” Lipp’s Kalista, foreshadowing how the rest of the match will go for Fnatic.

“Against Fnatic, it’s always a bloodbath of a game,” said Wunder during the post-match interview. “This game, it didn’t turn out too good for them.”

“It’s very hard to play against Rell, Olaf, Gragas — there’s so much CC, and it’s very easy for us to teamfight against all (of Fnatic’s) champions,” explained Wunder.

By the late game, G2 was already way ahead of their opponents. Holding a legendary, perfect KDA, Marcin “Jankos” Jankoswki’s Olaf’s 2v1 against Gabriël “Bwipo” Rau’s Yone and Yasin “Nisqy” Dinçer’s Azir and won. Jankos dealt an astounding 27.3% damage percentage throughout the game, and saved his flawless KDA till the end.

The game ended with a sweet victory for G2 Esports. With their 11-2 standing, they have secured a spot for the Spring Playoffs alongside Rogue.