Bang looks so happy and relieved after the match. 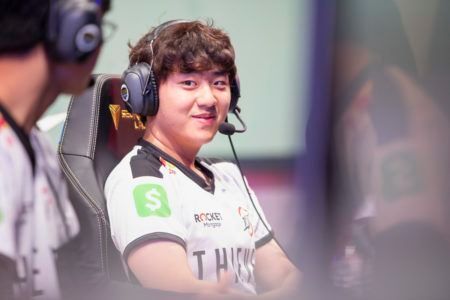 The drought is finally over for professional team 100 Thieves (100) as they receive their first-ever win at the League of Legends Championship Series Summer Split 2019.

The former NA LCS Spring Split champions were able to rise up against Echo Fox (FOX) in this mid-game clash near the Baron Nashor cave.

100 immediately then went for the Baron kill which helped them push towards FOX’s base turrets.

With 100% kill participation from 100 Maurice “Amazing” Stückenschneider’s Sejuani, a solo top-lane push from 100 Yoo “Ryu” Sang-wook’s Neeko, and the Baron Nashor buff on their side, 100 Thieves was able to turn the match into their favor and outplay Echo Fox.

While it is still a long way to go for the team, this win puts 100 Thieves on a 1-5 overall standing for the Summer Split.

READ MORE: League of Legends’ Teamfight Tactics launches on June 18 in the PBE