Three embarrassing things not to do in Legends of Runeterra

When the servers come back up next week, here’s what not to do. 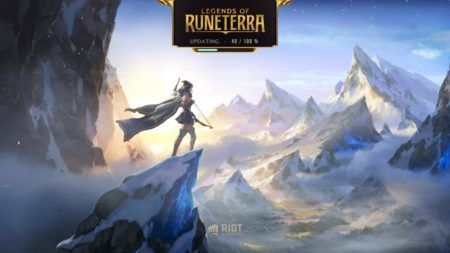 Announced last month, Legends of Runeterra is Riot’s upcoming card game, and for a limited time, members of the gaming press had a chance to try out the game.

Despite playing League of Legends for ten over years, I wasn’t prepared for LoR — and that could be a good thing. Even though beta access (thank you Riot) was short, the game was memorable.

That said, I do have some card game experience, having played Hearthstone casually (but found it “luck-based) as well as Magic: The Gathering.

With the servers coming back up next week on November 14, here’s what not to do (if you’re lucky enough to get access to the game) so you don’t make the same mistakes as me.

Don’t forget about the advanced tutorials

After the thrill of opening the game client and appreciating the magnificent art, players will immediately begin a tutorial.

From there, there are four basic ones to complete. Effective resource utilization is a fundamental principle in many games and LoR is no exception. The goal is to use an increasing amount of mana to summon champion or spell cards and bring the enemy’s 20 hit point Nexus down to zero.

The best part for beginners is that in or out of the tutorial, the game gives you immediate feedback when you do something wrong. Sometimes I forget whether I’m attacking or defending. At other times, I’m not sure whether a spell can be played during a phase.

I went on to play against AI after finishing the basics and found myself spending more time reading the cards than actually playing the game. Hence it’s a good thing that there is at least a deep sense of familiarity being immersed in the LoL universe.

However, it wasn’t until the next day that a fellow writer told me that there were more tutorials to do – and that I should do them because they cover more in-depth game mechanics that I needed to know.

Learning how cards interact and combo is certainly part of the fun, but it can also be stressful. The advanced tutorials aim to teach players how to maximize resources efficiently. For example, playing three cards in a particular sequence can easily bring down the enemy’s Nexus from 14 to zero in one turn.

Except, I wasn’t that shrewd and this resulted in me repeating some of the tutorials at least 10 times over because I just could not figure out how to play the “correct” and most effective card sequence.

One advanced lesson even sent me running to YouTube to find a tutorial on how to complete the tutorial. The card description threw me off and I could not understand how to trigger its ability. Hard lessons were learned and hopefully, remembered.

Though sometimes frustrating, the best part about card mechanics is the champions and their lore: Lucian gains advantages if Senna dies, Elise levels up with spiderlings, Garen and Vladimir have regeneration abilities, while Braum can summon poros.

The animation is also extremely satisfying to watch when a champion levels up. It takes over your entire screen, and the card glows gold.

Don’t chicken out and forget to play against real people

Similar to how some have a phobia of playing ranked in League of Legends, I too, feared to play against real people in LoR. I had a feeling that many beta players would already have card game experience, and the chances of me matching up with another noob was low.

Nonetheless, I gathered up my courage and played a grand total of two games against opponents. I lost both matches.

In the first, I was overrun by spells. I felt so defeated by mid-game because my opponent’s Nexus HP kept going back to 20 as his spell cards drained mine.

In the second game, my opponent played Tryndamere which put me in a tight spot. You see, Tryn has 4 HP and levels up after dying. Once he does, he’s one of the strongest units in the game at 9|9. So if I attack, I’m only helping my opponent to level him up. If I don’t, I’m perpetually on the defensive.

In the end, my opponent killed two of his own Tryndameres to level them up — and I surrendered.

The one thing these opponents had in common is that both were using custom decks. My default deck was weaker and I didn’t have any counters to their moves.

There are codes online that let you import tried and tested custom decks but I did not get around to it. Hopefully, the journey playing LoR will be similar to LoL where beginner players can use default settings so that they can focus on improving their mechanics, while also figuring out terms like Ephemeral, Overwhelm and Elusive as they get better.

I already miss Legends of Runeterra, and I am looking forward to when the servers go live again next week.