The 5 things you need to know about League of Legends Patch 10.7

The ancient fear has awakened. 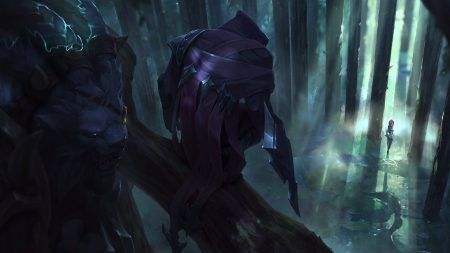 Compared to LoL’s last two patches, Patch 10.7 is not nearly as massive, with fewer changes across the board.

The highlight of this patch is the rework that everyone has been looking forward to – Fiddlesticks.

Fiddlestick’s Effigies add a new, unique mechanic to the game. It embodies the idea of stationary standing scarecrows and appears exactly as Fiddlesticks does to enemies, similar to LeBlanc’s and Shaco’s clone.

Besides his passive, the other major change is to his E. Previously called Dark Wind, it sent a crow to a target enemy that bounced and silenced nearby enemies.

Completely overhauled, Reap now slows enemies in a crescent-shaped area in front of him, and silences if they are positioned in the center of the AoE.

A new addition to Galio’s ultimate, the magic damage shield makes him a solid response to heavy magic-damage team compositions. He will be viable in certain drafts as a counter pick on red side.

A massive nerf to the return damage on Talon’s W, Rake now does half the damage at level one, and twenty less at level two. His mid to late game damage is not affected however, so this nerf only reduces his early game waveclear.

Combined with the nerf to Boots of Mobility in Patch 10.5 that increased its cost by 100 gold, expect mid Talons to roam less often.

Ivern has only been used once in professional play this Spring. Back in February, Damwon Gaming’s Kim “Canyon” Geon-bu played him against Gen.G in the LCK and lost with a scoreline of 0/1/0.

With some hyper carry ADCs like Caitlyn and Vayne coming back into the meta, Ivern would fit well into such team compositions. Not to mention, the decreased cooldown to his ultimate gives his team more opportunities to tower dive as Daisy tanks tower damage.

Last buffed in Patch 9.1, Nasus was doubly rewarded in stacks for killing bigger units with Q. Patch 10.7’s increased range on Wither makes it easier for him to chase down opponents, while Spirit Fire’s armor reduction buff allows him to deal more damage to tanks who are very strong in the current meta.

League of Legends Patch 10.7 is available on live servers now.