Hopefully their win rates will increase. 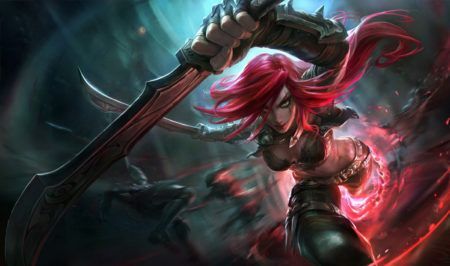 League of Legends patch 12.12 was released just last week, and Riot Games has already lined up micropatch 12.12b to adjust champions they identified as “outliers”, as well as buff champions that were hit too hard in 12.1.

The developers tried to open up more diverse build paths for Katarina and Shaco in patch 12.12 by adjusting the strength of their individual abilities. However, according to U.GG, Katarina’s win rate in high Elo solo queue in Platinum and above dropped to 46.59%, from 49.11% the patch before.

Buffed champions on micropatch 12.12b

Nerfed champions on micropatch 12.12b

Bel’Veth was nerfed in patch 12.12, but continues to hold a positive 52.55% in high Elo solo queue. Zeri is also S-tier with a 50.08% win rate, according to U.GG, and both are getting nerfed a second time this micropatch.

Wukong was nerfed too in patch 12.11, which increased the cooldown of Warrior Trickster and decreased Numbus Strike’s damage to monsters. However, he remains a strong pick in competitive play and ranked with a positive 52.4% win rate, and will be receiving another nerf.

Caitlyn’s damage was buffed in patch 12.11, increasing the damage of Piltover Peacemaker and 90 Caliber Net, but it wasn’t enough. She is still outclassed by other meta AD carries like Kalista, Vayne, and Zeri.

Katarina buffs on League of Legends micropatch 12.12b

Riot Phroxzon added that 12.13 will be delayed by a week, and is expected to be released in the second week of July instead, with planned buffs for burst champions.