“What delightful agony we shall inflict.” 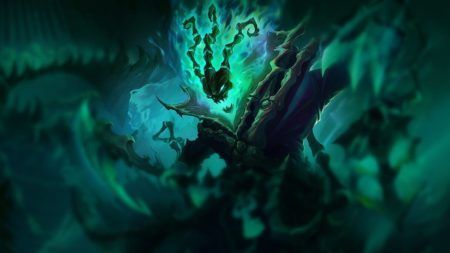 Before becoming a restless spirit in the Shadow Isles, League of Legends champion Thresh lived a simple human life.

Thresh was a lowly warden tasked to protect arcane knowledge in the Blessed Isles. While this may been his past life, no artwork or illustrations of Thresh as a human exist… until now.

Riot’s new League of Legends: Realms of Runeterra book reveals new lore about the game. The encyclopedic book is 256 pages long and includes colorful illustrations of your favorite League of Legends champions, including this one of Thresh in his past life:

According to the book, when the Ruination struck the Blessed Isles, Thresh was killed and had his spirit torn from his body, allowing him to rise from the cataclysm as the spectral abomination we know today:

The Realms of Runeterra book is out now.