Flandre with the 200IQ play. 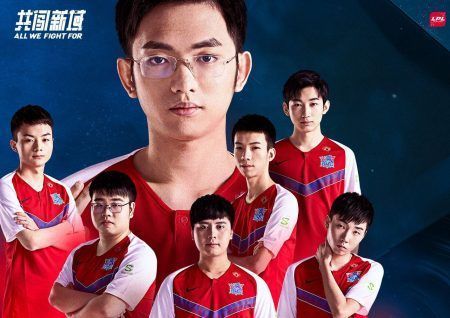 In one of the best games of LPL Week 4, LNG Esports took on league leaders, eStar. The tense three-game series went back-and-forth many times over, and showcased the epitome of LPL play style.

Game one was a long, drawn-out affair. 50 minutes in, both teams had about 88,000 gold, full item builds and Ornn’s Masterwork upgrades on eStar.

LNG’s bottom inhibitor had respawned and eStar had their eyes set on it. After finding a pick onto Duan “Duan” De-Liang’s support Sett, they pushed in the wave at bot.

Satisfied with trading their ultimates for Li “Flandre” Xuan-Jun’s Guardian Angel, eStar started to back off because their spells were on cooldown and they did not have a wave pushing in.

However, LNG’s bottom lane’s wave was pushing into their base instead, on the opposite side of the map.

Flandre made a quick decision to teleport onto a minion within that wave, not only because it was pushing into eStar’s base, but also because LNG knew that eStar had burnt their teleports earlier and had no way to respond.

eStar retreated immediately and attempted to rush back to base with Bard’s Magical Journey with the remaining members of LNG chasing behind them.

Once Liu “ShiauC” Chia-Hao’s Bard was in range, he used Tempered Fate to momentarily pause Flandre’s demolition of their Nexus – but it was already too late, as LNG took game one.

However, eStar managed to bounce back in game two and three, taking both to win the series 2-1.