Doublelift: ‘I’m benched because I had no motivation’

Tactical will fill in for Doublelift as he tries to win back the trust of his teammates. 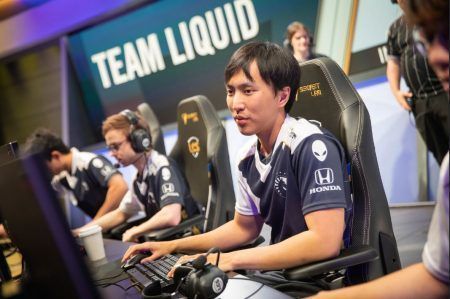 Doublelift stated on Twitter that the reason for this is because he has been lacking in motivation.

Doublelift was also benched last week due to a case of laryngitis that left him unable to communicate with his teammates.

In his absence, TL went 2-0 in week 6, defeating Team Solo Mid and 100 Thieves. Tactical stepped up and impressed, playing Miss Fortune and Kalista, going deathless in both games with 3/0/5 and 5/0/1 KDA respectively.

The results pulled TL up to 3rd place with a 6-6 record.

With Tactical on the main roster, Richard Samuel “Rikara” Oh has stepped into the vacant ADC position on TL’s academy team.

The League of Legends community responded positively to both TL and Doublelift’s approach.

This is not the first time a professional League of Legends player has spoken about their mental state.

Last year, Lee “Wolf” Jae-wan shared details about his mental health after retiring from professional play in an exclusive interview with Inven Global.

READ MORE: 7 League of Legends communities better than the boards