“I wanted to make things work with Team Liquid, but I felt like there was no reciprocation.” 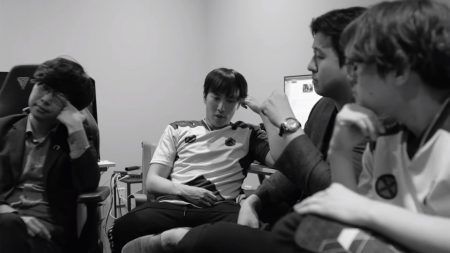 Yiliang “Doublelift” Peng is once again a proud member of Team SoloMid, but the all-star ADC recently spoke out about his last days on Team Liquid.

In a YouTube vlog, Doublelift highlighted the main reasons that influenced his departure from Team Liquid.

The first bump in the road was after Worlds 2019. Doublelift was hoping that the Liquid line-up would stay the same since it was the same line-up that dominated LCS for two years. However, his long-time friend and teammate Jack “Xmithie” Puchero was dropped from the team during the off-season. With Mads “Broxah” Brock-Pedersen having a delayed appearance and TL shuffling around junglers in the 2020 LCS Spring Split, Doublelift voiced out his demotivation to play and always felt that it could’ve been avoided if they had just kept Xmithie.

By the middle of the Spring season, Doublelift had recovered from a case of laryngitis and found himself benched for a few games. It turns out that he was not told why he was benched.

“Negative feedback was given to coaches about me before the Split started,” stated Doublelift. “I wasn’t given the feedback. I was given it after I got benched as justification that I got benched and I feel that’s pretty messed up.”

Once he got back into the starting five, Doublelift did his best to comply with what the coaches and team wanted. Despite having a reputation for being a trash-talker, the ADC wanted to be a cooperative member of the team to secure his starting role.

Sadly, his relationship with his teammates soured throughout the unsuccessful season. Doublelift noted that out of all his teammates, only Broxah cared to talk to him about the situation and sympathized with him.

“The team isn’t finding success and I feel like I’m doing what the coaches wanted me to do the entire time,” said Doublelift. “We were nowhere close to looking like a top team except for the very last match against Cloud9.”

With the Spring Split now done, Doublelift was already in talks with Liquid Owner Steve Arhancet about the next split, but even with the talks, Doublelift felt that his stay at Team Liquid was long overdue and Arhancet offered him the option to be traded.

“I wanted to make things work with Team Liquid, but I felt like there was no reciprocation,” clarified Doublelift. “I just didn’t get the feeling that everyone moved on from [my slump] and so, out of respect for myself and also my teammates, I decided to join TSM.”