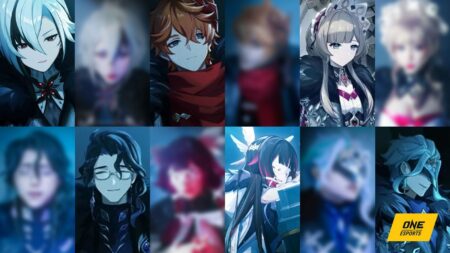 Being bad never looked so good, especially if you are a Fatui Harbinger.

The Fatui Harbingers are the Tsaritsa’s lieutenants and the executive officers of the Fatui organization, a military force infamously known for its schemes and deceitful nature. Tartaglia, La Signora, and Scaramouche are the first Fatui Harbingers that appeared in Genshin Impact quests.

Earlier in July, HoYoverse released the interlude teaser “A Winter Night’s Lazzo,” which showed all Fatui Harbingers together for the first time, mourning the death of their comrade, Signora, who was killed by the Raiden Shogun in a duel.

Despite being the antagonists, many players fell in love with these Genshin Impact villains due to their character designs and mysterious nature. It’s no surprise that cosplay couple Roxanne Kho and Zackt portrayed not just one, but six different Harbingers in their latest works. 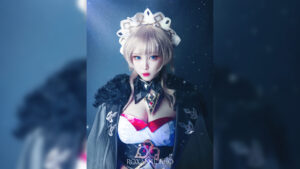 Filipino cosplay duo Roxanne and Zackt were quick to jump on the Genshin Impact bandwagon with their gorgeous Fatui cosplays.

Roxanne cosplayed Arlecchino, Sandrone, and Columbina. She actually ended up sacrificing one of her wigs which was initially dedicated to another character, she shared on Facebook. She also cosplayed Arlecchino during CONQuest Festival 2022, a renowned gaming and pop culture convention that took place in Manila, Philippines on July 23 and 24. 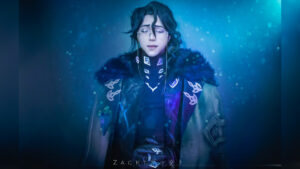 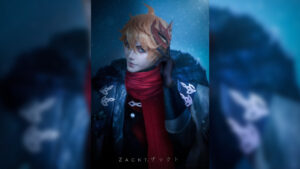 Her partner Zackt cosplayed Pantalone, Dottore, and Tartaglia. He and Roxanne quickly worked on putting together the Harbingers’ winter jacket, as seen in the interlude teaser.

The pair has cosplayed other playable characters in the game such as Jean, Diluc, Ningguang, and Zhongli. They have been together for six years now and are massive Genshin Impact gamers, creating ships and OTPs (one true pairing) from the game’s list of characters.