If you can complete it, you’ll get a badass Deathwing-inspired mount. 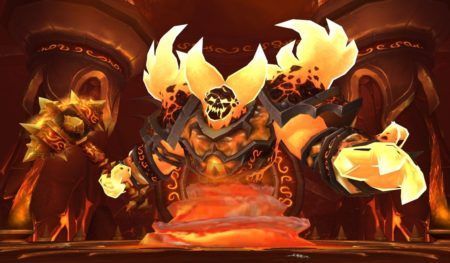 World of Warcraft first launched on November 23, 2004, which means this month is its 15-year anniversary.

To celebrate, Blizzard is treating fans to some timed-exclusive content that will run from now until January 7, 2020.

First, a new LFR raid called “Memories of Azeroth” will serve as a greatest hits collection of past raids. Time-traveling dragon, Chromie, has separated the strands of time and will allow players to relive previous expansion’s raid encounters including Kael’thas Sunstrider, Archimonde, The Lich King, Cho’gall, and the Cataclysm versions of Nefarian and Ragnaros.

To enter these raids, players will need a minimum level item of 380. Players who are able to finish all three raid encounters will receive the achievement, Memories of Fel, Frost, and Fire which grants the Obsidian Worldbreaker, a Black Dragon flight mount inspired by Deathwing.

For PvP inclined players, Blizzard is introducing Alterac Valley of Olde. Here, players will be able to exchange tokens from defeated enemies and summon reinforcements in Korrak’s Revenge, a throwback Battleground inspired by the earliest days of Alterac Valley, where single games could sometimes last days at a time.

Players who participate in Korrak’s Revenge and complete the Alterac Valley of Olde achievement will earn two new mounts: the Stormpike Battle Ram for Alliance players, and then Frostwolf Snarier for Horde characters.

Finally, all players who log in during the event period will receive a Lil’ Nefarian battle pet, a Celebration Package that increases experience and reputation gain throughout the event, a reusable firework that can be used for the duration of the event, and other in-game items.