Top 5 games to show your support for Earth Day 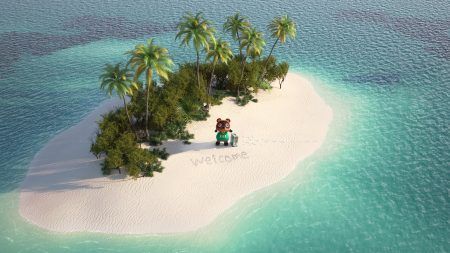 Today is Earth Day. In fact, today is the 50th anniversary of the first Earth Day, which means Earth lovers worldwide will take part in environmentally conscious efforts and activities, all for the benefit of the planet we live on.

Obviously, due to the COVID-19 coronavirus pandemic, actually going outside to take part in Earth Day activities might be a bit challenging, but you can show your support by playing these five games that virtually showcase the wonders of Mother Nature.

Clean up the planet in Dustforce DX, and indie game that lets you take on the role of an acrobatic janitor tasked to save the whole world from disorder.

Jump across dirty spaces, leap in between walls, and do the thing you love the most — cleaning. Steam players particularly like the game’s crisp sound effects and magnificent soundtrack that make washing all the filth more worthwhile.

After playing all of Dustforce DX’s 75 levels, players might find a new sense of appreciation for cleanliness and orderliness.

First released eight years ago, the game is available on Steam, Xbox 360, PlayStation 3 and PlayStation Vita.

Go ahead and tend to Mother Earth’s rich flora and fauna in Milkstone Studios’ Farm Together. In this simulation game, players have the option to grow a whole farm all by themselves or to collaborate with other players to manage a piece of land.

Farm Together is a cute and relaxing way to pass the time especially for casual gamers. Its colorful 3D graphics and real-time aspect leave players coming back for more farm fun.

Farm Together is available on the PlayStation 4, Nintendo Switch, Xbox One, and Steam.

Did you know, water covers 71% of the Earth’s surface? And almost all of it – 96.5% – is in the ocean. Explore the depths of the ocean for yourself in Beyond Blue, a new deep-sea exploration game that puts you in the shoes of scientist and adventurer, Mirai.

The game is both educational and enthralling, with plenty of areas to explore and a surprisingly deep narrative.

Beyond Blue is available for iOS on Apple Arcade.

2. Ori and the Blind Forest

Prepare to be captivated by the wonderful woods and all its magical elements in Xbox Game Studios’ side-scrolling platformer game Ori and the Blind Forest.

Players will experience a touching story centered in the dying forest of Nibel, accompanied by stunning hand-painted artwork and a fully orchestrated score.

The game won multiple awards including the 2015 Golden Joystick Awards’ Xbox Game of the Year and 2015 The Game Awards’ Best Art Direction.

Ori and the Blind Forest is available on Steam, Xbox One, and Nintendo Switch.

Nintendo’s hit simulation game Animal Crossing: New Horizons is a fun and adorable way to celebrate Earth Day. It features players living on their own island doing normal activities — picking fruits, catching fishes and bugs, and even building and expanding their own house.

Seasonal events also happen from time to time, with the latest being the tribute to Earth Day called Nature Day.

The sloth Leif will come to your island with his stall full of seeds and saplings. Leif will most likely be in charge of the Nook Miles challenges that feature planting trees and watering flowers. Nature Day will go live on April 23 until May 4.

Animal Crossing is exclusive to the Nintendo Switch.