The perfect addition for anyone addicted to Steam Sales. 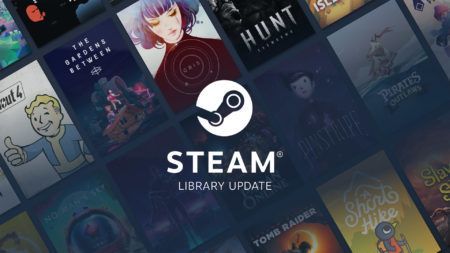 Valve is introducing an exciting new Steam Labs experiment to Steam. Experiment 008, officially titled “Play Next,” is a simple feature that uses machine learning to tell you what game you should play next.

“Using machine learning to make informed suggestions, the feature is designed to help users with extensive libraries decide which of their games to play next,” stated Valve in its official blog. ” Users who have unplayed (or very low playtime) games in their library, will now have a Play Next shelf available in the library view.”

Though Valve has not told us anything in-depth about the feature, it seems to take information from your recently played games and gives you options based on the similarities in genre and modes. If you usually play FPS games, Steam might recommend different kinds of shooters like battle royales or survival games that are found in your library.

To check out the Play Next feature, make sure you have the latest Steam update installed and the new feature should appear right under your recent games in the Library tab.

READ MORE: This is what Tokido thinks about when he plays Street Fighter