It is the long-awaited appearance of the brash samurai ronin. 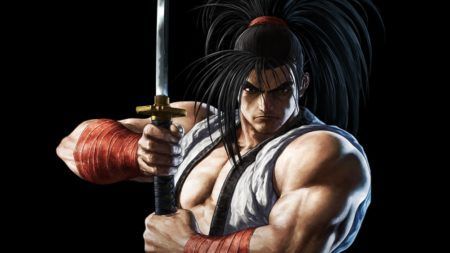 When SNK confirmed that a 2019 Samurai Shodown game is coming, fans knew from the get-go that the game’s main protagonist Haohmaru would be in the game. Oddly enough, he didn’t make the first cut for character introduction trailers.

While that big break went to Nakoruru, Haohmaru did appear in almost all the fight trailers. However, it was only a matter of time, and his trailer dropped as the seventh character entry, which you can see below.

This new take on Samurai Shodown, originally called Samurai Spirits in Japan, expands the original storyline by going backwards. With the story pre-dating the original game by a year, it will act as a “reboot” of sorts for the series.

Besides getting a graphics makeover via Unreal Engine 4, the new game is carrying over two mainstay features. They are weapons clash and disarming, features which can be the tide-turners at tournaments.

Of course, SNK has also included a next-gen feature to make the game fresh: Deep-learning artificial intelligence technology. It will study players’ fighting styles in offline mode and create a “ghost” that can be shared with other players. This will open the doors to multiplayer challenges that do not need a reliable connection to the Web.

The game will be released on June 27 this year and will be part of the confirmed line-up for EVO 2019.