Magic: Legends is an upcoming MMO set in the Magic: The Gathering multiverse

A beta is set to launch early next year. 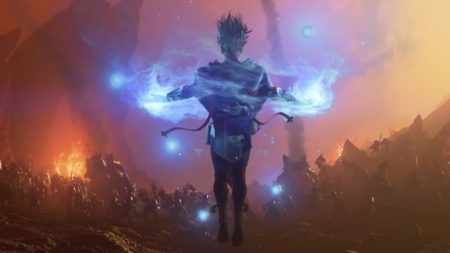 Developed by Perfect World Entertainment, Cryptic Studios, and Wizards of the Coast, Magic: Legends will give you the chance to become a “powerful, spell-wielding Planeswalker.”

According to Perfect World, the game’s combat system will have some gameplay elements that will be similar to Magic: The Gathering Arena, but you will have to strategize your spells because they’ll be drawn at random during combat. As for other aspects of gameplay, players will be able to collect spell fragments and traverse with up to two other Planeswalkers in-game.

A beta for the game is scheduled to launch in early 2020, with more details to be released then.

You can sign up for the Legends beta here.