Would you play this game? YES or YES? 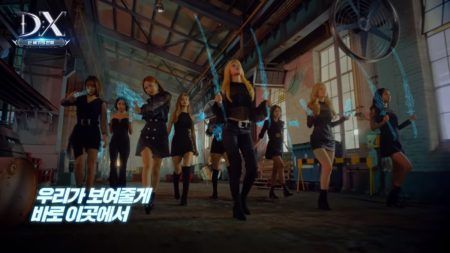 The nine idols all seemed ready for a battle as they wielded different weapons that hinted at what players will find in-game. Each weapon represents different classes that players can choose from, such as Spirit Swordsman and Gunner Ranger.

Here is the promotional video for DX: War of the New Century, featuring Twice.

The upcoming Korean mobile game was developed by Efun Company using the Unreal Engine 4, the same engine that runs Street Fighter V. Known as Tencent‘s Dragon Raja in China, the name has been renamed for its South Korean release, as reported by Enduins.

Dragon Xeneration: War of the New Century will be available in the Korean Play Store and App Store soon. Fans can pre-register on the game’s official website here.