Gwent, the official The Witcher card game, is coming to iOS 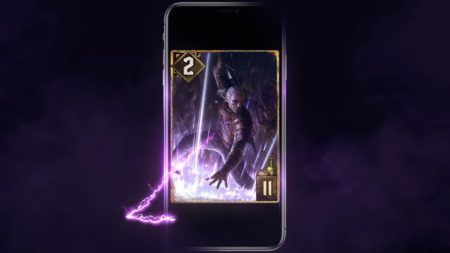 The Witcher card game Gwent is going to be ported on mobile — specifically iOS — next month.

The iOS port will allow cross-play against PC, XBox One, and PS4 opponents. Progress and purchases between the iOS and PC versions of the game are shared, but not between iOS and console.

The mobile port was first announced last March. Game director Jason Slama revealed that the Gwent team has been working on the smartphone version for quite some time.

“Beautiful visuals aside, we’ve tailored much of our technology, including GOG Galaxy which powers Gwent’s multiplayer, to support mobile devices,” said Slama.

“I think our vision for bringing Gwent to smartphones combines the best we have to offer both in terms of graphics and gameplay.”

The iOS port will launch on October 29. It will be supported on iPhone 6S or newer (including iPhone 11), iPad Mini 4 and newer, iPad 5th generation and newer, iPad Air 2 and newer, and all iPad Pro devices.

READ ALSO: Here’s a closer look at Netflix’s The Witcher