RTS esports is all set for a comeback this year thanks to this new deal. 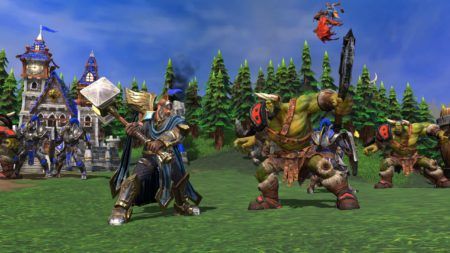 Blizzard Entertainment has inked a three-year deal with ESL and Dreamhack to host esports events for both Starcraft II (SC2) and the upcoming remake to their classic game, Warcraft III: Reforged (WC3: Reforged).

The deal will create ESL Pro Tour events for both SC2 and WC3: Reforged, with Blizzard providing a combined US$4.6 million prize pool for the first season of the Pro Tours. Similar to the ESL’s existing Pro Tour for Counter-Strike: Global Offensive, the SC2 and Reforged Pro Tours will be a series of tournaments held throughout the year.

As a result of the new deal however, SC2’s World Championship Series (WCS) will be retired. In its place, six annual international tournaments — four with Dreamhack, two with ESL — will now be comprising the SC2 esports circuit that will lead into the global finals. Weekly competitions will also be held that will be feeding into the ESL events.

SC2’s global finals have been shifted to the new IEM Katowice World Championship in 2021. However, Blizzard is still in the process of finalizing plans for the game’s esports scene in its heartland of South Korea.

Meanwhile, the Reforged Pro Tour will consist of four Challenger-tier tournaments that will give away prize money and ranking points to determine who will compete in the finals.

The Reforged Pro Tour’s finals event will feature 16 players vying for the lion’s share of a US$100,000 prize pool. The four winners of the Challenger tournaments will be directly seeded to the finals, with the rest of the field to be filled out by the 12 highest-ranked players in the Pro Tour.

In addition, ESL will also be hosting 40 Open Cups to help give aspiring competitors a chance to make a splash in the Pro Tour. All in all, the Reforged Pro Tour will be giving away over US$200,000 in prize money.

“We are so proud that StarCraft II and Warcraft III are home to two of the most passionate, storied and devoted communities in esports history,” said J. Allen Brack, President of Blizzard Entertainment in a statement.

Brack also added that ESL and Dreamhack have been long-standing partners and he wanted to give the scene stability from a long-term partnership and to keep the community thriving.

READ MORE: Warcraft III: Reforged to come out on January 29