“May the odds ever be in your favor.” Is there going to be a group of death at Worlds 2022? The answer will soon be revealed at the Worlds 2022 group draw show livestream.

With less than a month before Worlds 2022 begins, Riot Games has announced more details about the tournament’s annual draw show, which sorts all participating teams into different groups during the Play-In and Group stages. 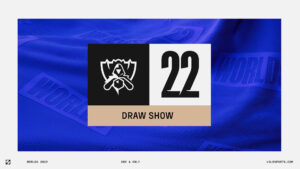 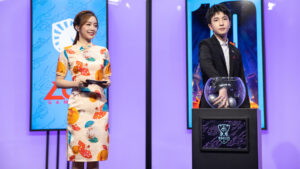 A total of 24 teams will play during the first two stages of Worlds 2022, where 12 teams will participate in the Play-Ins while the other 12 will take part in Groups.

Prior to the Play-Ins draw, Riot split teams into three pools based on past regional performance:

These pools will then be divided into two groups of six during the draw show. No team may be in the same group as another team from their region.

The draw for the group stage works similarly to that of the Play-Ins stage.

Prior to the Group Stage draw, teams were split into three pools based on past regional performance as well:

These three pools will be sorted into four groups of four, where the first three teams from each group will be drawn during the show. The fourth team will come from the Play-Ins and will not be part of the draw show.

No team may be in the same group as another team from their region. If a draw results in this happening, or would force this result in the future, Riot will move the drawn team to the next available group slot.

Where to the Worlds 2022 draw show

Fans can catch the Worlds 2022 group draw livestream on the LoL Esports website, shortly after the LCS championship broadcast.

Worlds 2022 kicks off on September 29 at the Arena Esports Stadium at Artz Pedregal in Mexico City, Mexico.