August was Pokémon Go’s most profitable month in three years 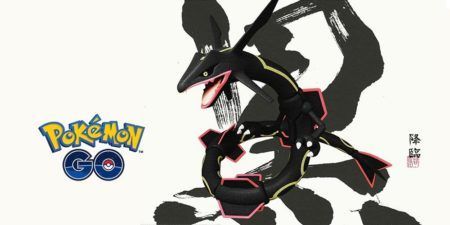 Pokémon Go made a staggering US$110 million in August, according to reports from Asia games market research firm Niko Partners.

The monthly total is a 44 per cent increase over what the game made in August last year. More importantly, it was Pokémon Go’s fourth highest-earning month ever and the game’s best monthly total Pokémon Go has made since September 2016 — three months after the game launched with hype still surrounding the title.

The game’s summer events and addition of a new generation of Pokémon, especially the introduction of the popular Shiny Rayquaza in raids, are largely credited for Pokémon Go’s strong August performance.

Daniel Ahmad, senior analyst for Niko Partners, calculates that Pokémon Go is now on track to US$ 3 billion before the end of the year. This places Pokémon Go second only to Clash of Clans in terms of player spending revenues after their first three years.

Pokémon Go continues to thrive despite frequent missteps made by developer Niantic, which is causing widespread frustration among players and fans. An example is the removal of event-specific Shiny Pokémon from the game after an in-game event ends.

Shiny Poliwag was introduced in July, while Shiny Barboach and Shiny Carvanha were part of the Water event in August. After their respective events ended, players could no longer find them in the game.

The problem of disappearing Shiny Pokémon has been happening enough to merit an entire Reddit thread, as well as a channel on Discord.

On September 7, Niantic tweeted this limited-time offer as a means to make amends with disgruntled Pokémon Go Trainers:

READ MORE: Pokémon Go: Here’s the Community Day schedule for the rest of 2019