You can now play Fortnite on the same console with a friend! The latest update to Fortnite: Battle Royale introduces split-screen play options for both PlayStation 4 and Xbox One players, along with a slew of bug fixes and quality-of-life improvements for the game.

The split-screen option can be used for both Duos and Squads gameplay modes with multiple players using the same console. The new feature should make coordinating with your partner to earn that Victory Royale much easier.

The current split-screen version is an early release, and Fortnite developer Epic Games said that they will be improving the new feature in future updates.

The v11.30 update also includes content made in preparation for the upcoming Star Wars: The Rise of Skywalker live premiere event at Risky Reels on December 14.

Along with the Stormtrooper skin released in mid-November, players can now also don new Star Wars-themed skins that either depict the Rebel heroes Rey and Finn or the menacing Sith Trooper.

A promotion for the upcoming premiere event has also been leaked on the PlayStation store, which reveals the addition of a new “Whisper” glider fashioned after the iconic T.I.E. fighter spacecraft from the movie. 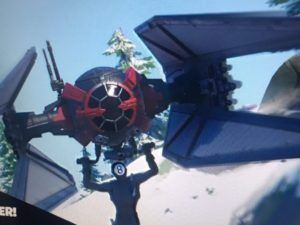 For the full list of changes that come with Fortnite’s v11.30 patch, check out the official patch notes.

READ ALSO: Fortnite is ending the year with the US$15M Winter Royale tournament