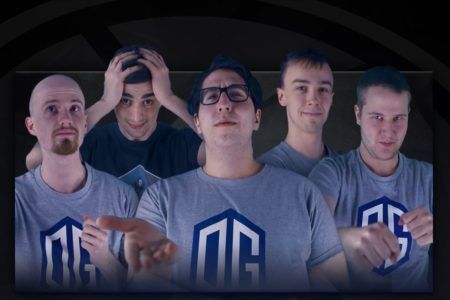 OG dominated the series opener, but OG.Seed struck back hard in game two to force the series to a decider.

In true OG fashion, both teams were eager to fight from the get-go. While the two OG squads were tied at 11 kills apiece 14 minutes into the game, the main roster was starting to pull ahead in gold with 4,000 by that point.

Both teams continued to clash well into the midgame, but OG.Seed started to gain an edge as their midgame lineup peaked in strength. Despite the main OG squad growing their gold lead to over 7,000 by the 22-minute mark, OG.Seed took the reins of the game after they team wiped their counterparts in a huge fight where Xibbe bagged a Triple Kill.

The constant fighting in the early game meant that the main OG squad’s cores didn’t have much time to farm up a lot of items, which made it harder for them to stop OG.Seed’s midgame onslaught.

Sensing blood in the water, OG.Seed team wiped the main OG squad in back-to-back teamfights at the 27 and 28-minute marks to take the game and the series in just under 30 minutes.

While SumaiL posted a game-high 11 kills in a losing effort, the kill distribution on the side of OG.Seed was much more even with four players notching more than five takedowns. Xibbe led with a 9/4/21 KDA, Madara had 8/6/12, Zfreek had 7/5/15, and Chessie had 6/4/18.

While OG.Seed upsetting the organization’s main squad is definitely an admirable feat, both OG squads are actually out of playoff contention in the WePlay! Pushka League after losing their first three matches before they had to face each other.