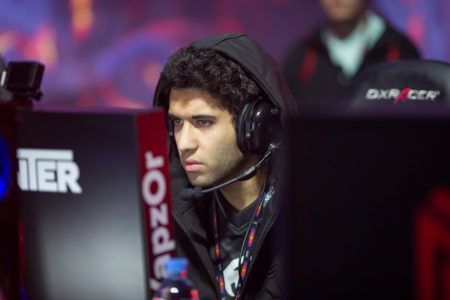 Team Secret and Fnatic followed up their incredible first Playoffs game with a crazier and even more unbelievable 60-minute back-and-forth battle.

Team Secret were firmly in the lead with a 19,000 gold lead, and decided to siege Fnatic’s base in an attempt to claim Mega Creeps.

He then Morphed to the enemy Magnus in an instant and Skewered Nisha towards Djardel “DJ” Mampusti’s Tiny who tossed him into the Dire Fountain.

Nisha was kept in the Fountain after he respawned with another amazing play from 23savage and DJ.

Team Secret sensed Fnatic was building momentum, so they pushed into the Dire base yet again.

But they were dismantled by Fnatic’s heroes who finally synergized their spells and erased Team Secret’s gold lead.

With the pressure shifted towards Team Secret, Fnatic charged down the middle lane and won another well-executed team fight outside the Radiant base where multiple buybacks were expended, which left Nisha’s Monkey King out of the game.

Instead of pressuring the Radiant base, Fnatic decided to go for Roshan, which was an easier target.

However, both Ludwig “zai” Wahlberg and Yazied “YapzOr Jaradat were one step ahead of them. While their opponents were in the Rosh Pit, zai sent an Ice Blast followed by an Echo Slam from YapzOr, that eliminated 23savage from the game. The rest of Fnatic’s heroes were killed by Secret, south of the Rosh Pit, which forced Fnatic to admit defeat.

Team Secret eventually won the third game and advanced to the Upper Bracket Quarterfinals where they’re set to face Alliance.

Despite the valiant effort from Fnatic, they drop to the lower bracket where they will compete in an elimination match against fellow SEA squad TNC Predator.