Alliance’s dominating team fight against Liquid was the most impactful play of the Leipzig Major so far. 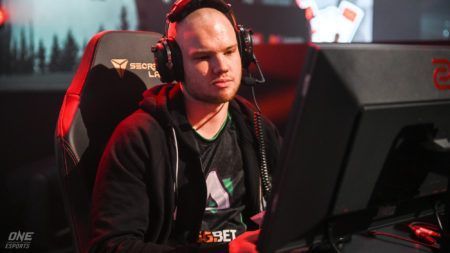 Alliance and Team Secret faced off in a Lower Bracket Quarterfinals elimination match during Day 5 of the Leipzig Major Playoffs.

With the series tied 1-1, both European squads looked to make plays around the map to gain any type of advantage. Team Liquid went for a quick Roshan kill to gain the Aegis of the Immortal advantage for Michael “miCKe” Vu’s Drow Ranger. But instead, Linus “Limmp” Blomdin on his Windranger cast Power Shot into the Rosh Pit stealing the Roshan kill.

Alliance didn’t stop there as they continued to decimate the Liquid lineup. The Dire squad used three of their buybacks and joined the fight immediately, but they were all scrambled around the map. Nikolay “Nikobaby” Nikolov’s Slark focused on Liquid’s isolated heroes and helped his team secure eight kills in a span of a minute.

The fight was so demoralizing that Liquid failed to recover. They continued to lose heroes up until Alliance decided to run in the Dire base and finish the game.

With their 2-1 victory, Alliance advance to the Lower Bracket Semifinals where they will face Evil Geniuses in another best-of-three elimination match.

READ MORE: The 6 best plays from Day 4 of the Leipzig Major Playoffs