The young Malaysian carry player has left EHOME less than two months after joining the team. 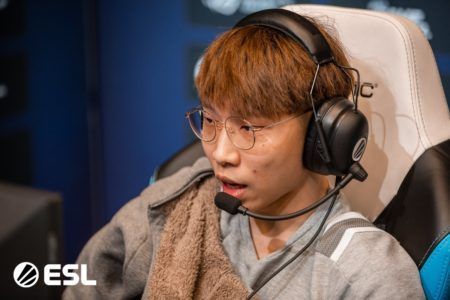 After EHOME was eliminated from the MDL Chengdu Major earlier this week, carry player, Cheng “vtFαded” Jia Hao, has announced that he has left the team and will be taking a break from professional play following criticisms from EHOME coach Zhang “xiao8” Ning.

vtFaded announced his departure from EHOME in a post on his official Facebook page, revealing his decision was caused by comments made by xiao8 on his live stream, wherein he said that he and EHOME midlaner Tang “897” Zhirui have “no carry potential and are unable to carry the team to victory.”

“I know I still have lots to learn, and also am aware of the blunders I have committed during the Major Playoffs. However, I think his statement is not only insensitive, [but is also] a clear way of pushing the blame around,” said vtFaded.

Xiao8’s comments come after a disappointing 9th-12th place finish for EHOME in the MDL Chengdu Major, where they started the Playoffs in the Lower Bracket following a middling Group Stage performance and were eliminated by Team Liquid, 2-0.

vtFaded went on to say that xiao8 would chastise him every day during team training, adding that “not everyone flourishes by learning the hard way.”

vtFaded notably joined EHOME during the post-The International 2019 (TI9) player shuffle, having played in the tournament under Chaos Esports Club, who finished in 17th-18th place.

Meanwhile, Xiao8 joined EHOME in May 2018 for his first stint as a coach, having left behind an illustrious playing career which included winning TI4 with Newbee.

“I am a person who is too easy going and am unable to maintain my stand when faced with bitter scrutiny coupled with ego tearing. Yes, I crumbled and fumbled because they made me feel like I wasn’t good enough,” added vtFaded.

“Yes, I am new and I have lots to improve on. However, I don’t think it’s fair and it certainly doesn’t show professionalism in this statement.”

Both xiao8 and EHOME have yet to release a statement on vtFaded’s departure as of the time of writing.