Under the SEA (League): A closer look at T1

Can the T1 Dota 2 squad prove themselves worthy of their organization’s illustrious name? 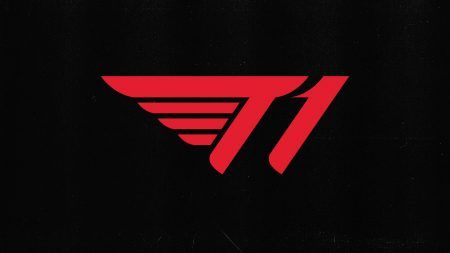 Despite the success it has had in League of Legends (and most recently Valorant), T1 has yet to repeat that success in Dota 2. There’s a long way to go before the organization can be counted among the best in both MOBAs, but there’s no better proving ground for the T1 Dota squad than the ONE Esports Dota 2 SEA League.

Here’s a quick rundown of the team’s performance this year, and a closer look at the T1 roster and how it matches up against its SEA rivals in the ONE Esports Dota 2 SEA League.

In the midst of The International 2019 (TI9), South Korean organization T1 Entertainment and Sports announced its entry into Dota 2. While the organization is one of the most prestigious ones in League of Legends, its entry into Dota was relatively modest. Back then, the team only consisted of Lee “Forev” Sang-don, one of the original members of MVP Phoenix, the only noteworthy Dota team to have come from South Korea.

T1 unsuccessfully competed in events for the rest of 2019 with a carousel of players that included the likes of Johan “pieliedie” Åström, Kim “Febby” Yong-min, Pyo “MP” No-a, and Kelvin “xFreedom” Lim, though a full roster was never formally announced.

T1 formally debuted its Dota 2 team at the Indonesian qualifier of the ONE Esports Dota 2 Jakarta Invitational. While T1 was one of the favorites to win the event, they were defeated by Team Oracle in both the Upper Bracket Semifinals and the Lower Bracket Final.

After that disappointing debut, both Black^ and xuan left the team while Singaporean players Galvin “Meracle” Kang Jian Wen and Wilson “Poloson” Koh Chin Wei were put on trial as their replacements. Even though T1 only managed 7th-8th place finishes at the Thailand Celestial Cup Season 2, BTS Pro Series: SEA Season 1, and the Asia Spring Invitational, Meracle and Poloson officially joined the team in May.

With Meracle and Poloson officially onboard, T1 showed improvement by winning both the Hephaestus Cup and the SEA Dota 2 Invitational. While both events did not include the region’s heavyweights such as Fnatic or TNC Predator, T1 did win them over the likes of Neon Esports, Execration, and Cignal Ultra.

Both Meracle and inYourdreaM do a lot of the carrying for T1. As the team’s hard carry, Meracle continues to be proficient with farm-intensive illusion heroes like Naga Siren and Phantom Lancer. To help enable Meracle’s farm-heavy playstyle, inYourdreaM comes in as the flashy, playmaking midlaner.

Meanwhile, Forev and Jhocam often take on the responsibility of being the team’s initiators from the offlane and position 4 support roles, respectively. As the position 5 support, Poloson tends to play as the sacrificial support to make space for his teammates.

The ONE Esports Dota 2 SEA League will be the biggest tournament that T1 will be participating in by far, as it will feature both powerhouses in Fnatic and TNC as well as rising contenders in BOOM Esports and Reality Rift. This will be the team’s best chance of proving themselves.