The best team in Dota 2 history is set to make their 2019-2020 DPC debut during the open qualifiers of ESL Los Angeles. 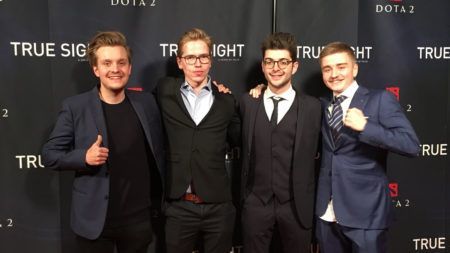 Sebastien “Ceb” Debs announced that the original two-time The International championship squad of OG will be joining the third major qualifier of the 2019-2020 DPC season during an interview with French magazine L’Equipe.

In the interview, Ceb was asked when “the return to the competition of double world champions of Dota is planned” and he replied that the team will “competing for the third major of the season” — ESL One Los Angeles 2020.

Ceb added that they’ve observed the previous DPC Major qualifier, wherein their grand final opponents Nigma Esports (ex-Liquid) failed to “get out of the qualifying phase in the second (Major qualifier), so we will go in all humility”.

It is also certain that Ceb and the rest of the two-time TI champions have noticed other world-class teams struggle during the start of the 2019-2020 DPC season. Even Chinese powerhouse organization, PSG.LGD, failed to qualify through the open qualifiers for DreamLeague Season 13 Leipzig Major.

This will be a similar path OG will have to go through since they will have to beat out the rest of the European teams from their region to qualify for ESL One Los Angeles.

It is important to note that if the original OG squad plans on participating in the open qualifiers for the third Major of the DPC season, their secondary team, OG Seed will have to sit on the sideline since Valve only allows one team from each esports organization to participate at Valve events.