The ONE Esports Singapore Major will take place on June 20-28. 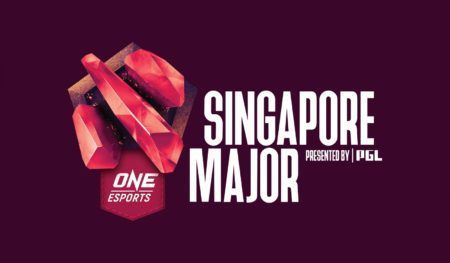 The Singapore Major will be the last Major on the 2019/2020 Dota Pro Circuit and will take place on June 20-28 at the Singapore Indoor Stadium.

For many teams, this will be their last chance to score enough points to secure a direct invite to TI10 in Stockholm, Sweden.

ONE Esports will be continuing its partnership with PGL Esports to organize the event.

More information on the event can be found here.

“Executing the ONE Esports Dota 2 Invitational Series in Singapore and Jakarta and the ONE Esports Dota 2 Singapore Major is a herculean effort” said ONE Esports CEO, Carlos Alimurung. “I would like to thank JBL, TUMI, DBS Bank, Lazada, Secretlab, Harvey Norman, and Red Bull for not only believing in our mission, but also sponsoring it. I would also like to thank Huya, Huomao, Maincast, eGG, and Twitch for delivering our message to the world. We also appreciate the support of the Singapore Tourism Board, who has been instrumental in establishing Singapore as the home base for ONE Esports.”

“By partnering with one of the best companies I’ve ever met in Asia, ONE Esports, PGL will aim to deliver again a great Major in Southeast Asia in June.” said Silviu Stroie, CEO of PGL. “Being the last event of the DPC season, we expect great storylines and matches that will decide the teams attending The International 10 in Stockholm, Sweden.”