Secret begin their campaign for a seventh-straight championship with a convincing win. 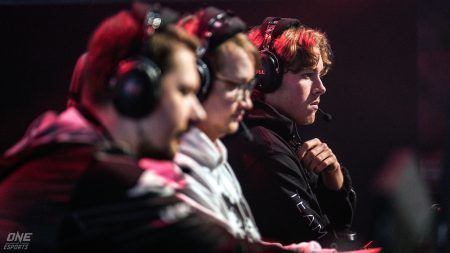 After winning their sixth-straight tournament in a row at the BEYOND EPIC EU/CIS League last month, Team Secret returned from a short break to start a campaign for a seventh-straight championship at the OMEGA League European Immortal Division.

Secret’s first opponent in the tournament’s group stage was Team Liquid, who they soundly defeated, 2-1.

Liquid stunned Secret to open the series and were looking to cheese a 2-0 victory with a last pick Broodmother for Maximilian “qojqva” Bröcker to pair with Michael “miCKe” Vu’s Morphling.

Despite an excellent showing in the laning phase for Liquid, Secret dominated the midgame with their excellent teamfight coordination. With zai shutting down key targets with his Doom ultimate, Matumbaman and Nisha was able to lay waste on Liquid with Soul Assumption and Requiem of Souls on top of their physical damage output.

With Secret camping around Liquid’s base as they geared up for a siege, the latter looked to venture out for pickoffs on unsuspecting opponents. Secret was able to outlast Liquid’s initiations and take back-to-back teamfights, which allowed them to tie up the series after 33 minutes of action.

Nisha led the way for his team with 13 kills against three deaths, Matumbaman pitched in with eight kills and 20 assists against four deaths, while zai had a clean seven kills.

Liquid looked to take the deciding game of the series with a glass cannon core duo of Drow Ranger for miCKe and Templar Assassin for qojqva. Meanwhile, Secret ran a four-protect-one strategy with Matumbaman on Anti-Mage, while Nisha was on Pugna and zai had Underlord to back up their carry.

Liquid controlled the early-to-midgame as their core duo’s damage output was too much for Matumbaman’s Anti-Mage, who hadn’t come online yet. But once Matumbaman hit his timing, Secret was able to take the fight to their opponents and dominate the map.

Liquid was hesitant to take straight-up fights from then on, as their ranged carries were now very vulnerable to the enemy Anti-Mage. Secret took full advantage of that and methodically chipped away at their opponents’ defenses, eventually securing Mega Creeps by the 45-minute mark and the GG call soon after.

Secret get a good start to their campaign for a seventh-straight championship with a 1-0 group stage record, while Liquid had to kick things off down 0-1.

Secret will be taking on Ninjas in Pyjamas next on August 20, while Liquid will be trying to get on the win column against Vikin.gg on August 21.