The Chinese squad is in danger of not qualifying for TI10. 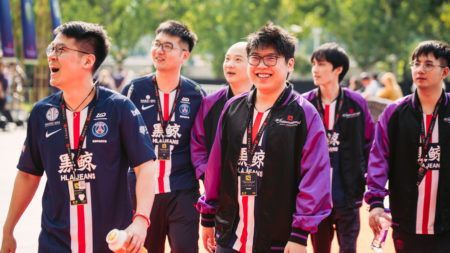 PSG.LGD has benched Lai “Ahjit” Jay Son, who they only acquired last week from CDEC gaming in a blockbuster trade for Wang “Ame” Chunyu.

PSG.LGD made the announcement in a Tweet right before the Chinese Open Qualifiers for the ESL One Los Angeles Major were set to begin.

It seems that Ahjit hasn’t meshed yet with the team and the organization has decided to move forward with Li “ASD” Zhiwen as their Position 1 hard carry for the LA Major Chinese qualifier.

ASD is a Chinese player who has proven himself as a capable hard carry player in the Chinese region. He’s played for EHOME and Revive in the previous DPC season and was part of EHOME’s squad that won the Bucharest Minor last year.

PSG.LGD already missed out on two DPC qualifier events. They took an early-season break and skipped the MDL Chengdu Major, then they failed to qualify for the DreamLeague Season 13: Leipzig Major.

With three Major events left in the DPC season before The International 2020, PSG.LGD will need to qualify and finish in the top-six spot at least, to earn enough points to qualify.