Prominent Dota 2 figures such as Heen, SunBhie, and ppd all weighed in on the new DPC format. 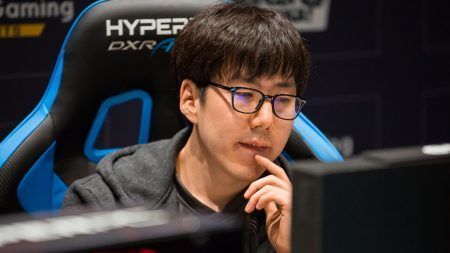 Valve’s official announcement of the reworked Dota Pro Circuit for the 2020-2021 season — which includes the addition of Regional Leagues — has shaken the competitive Dota 2 community.

In response, some of the game’s best minds have decided to express their own opinions about the changes.

Team Secret’s coach, Lee “Heen” Seung Gon, was one of the first prominent Dota 2 figures who shared his displeasure about the upcoming DPC changes.

Heen’s main concerns involve the additional time teams will spend to qualify for majors, along with the prize money and DPC point distribution for the new Regional Leagues.

In the current season, DPC qualifiers usually take place a month before the Major and last for four days per region. But for the 2020-2021 DPC season’s addition of Regional Leagues that fall into three seasons, teams will have to compete for six weeks to qualify for the Major.

Heen then continued, “Might as well call this kindergarten and give everyone the same prize pool for participation.”

He was the first one to call out Valve’s dwindling prize pool since 2015 and pointed out Valve’s decision to reduce the Major’s first-place prize money finish from US$1 million to US$200,000.

Fnatic’s coach, Lee “SunBhie” Jeong-jae joined in and criticized Valve’s decision to equalize the prize pool distribution but, at the same time, not increase the DPC season’s overall budget.

Finally, Heen brought up the disparity between the different competitive regions for DPC points. Valve’s new format is an attempt to help other regions develop tier two-three Dota 2 organizations. But in his opinion, this will come at the cost of the world’s top teams.

“Are all regions equal in Dota right now? No,” Heen explained, clearly thinking each region should be evaluated differently — and he does have a point. The European region is filled with tier one Dota 2 organizations, and gaining success in said region will require much more talent and effort compared to competing in other developing regions.

Ninjas in Pyjamas’ team captain, Peter “ppd” Dager, however, chimed in and welcomed the new changes, musing, “What if we actually came together to build something bigger than ourselves and we actually see what could come of it?”

But after surveying prize money distributions for the last eight teams at each Major, he quickly changed his tune: “If you are a team at the Major, I think you should be paid for competing… You should be getting paid for your time.”

Lastly, ppd had a good point in his closing statement by saying that the new changes were announced remarkably early. This gives Valve more time to fine-tune and improve the upcoming DPC season for all teams.